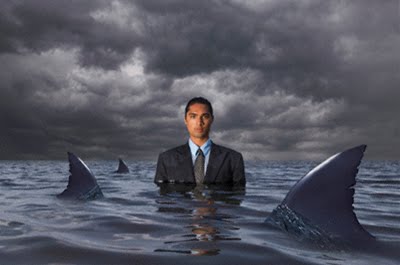 Twenty years of school administration has shown me one thing: kids like rules. Not only do kids like rules, but kids deeply believe that rules should equally apply to all others the same. When students are allowed to participate in the rule making process, it is extremely common to find that children impose the most stringent and brutal punishments upon each other for violations of their mutually agreed-upon rules. Ironically, this is not just a “kid” thing, but an adult trait as well. In accreditation visits across the globe, employee complaints consistently center around inequity in the workplace as a result of perceived special treatment between administration and “favorites”.

Listening to a recent cadre of “experts” on leadership, the obvious trend in effective management is toward feminine styles of leadership, focusing on sensitivity, empowerment, emotional intelligence, empathic listening and expressing feelings. While effective arguments can be made for each of these traits within any leadership model, any organization that leans exclusively toward this model will doubtlessly build positive relationships and possibly even a significant amount of loyalty toward the organization. However, this loyalty will be short-lived as it is more tied to the cult of personality of that leader than than the true ideals and culture of the organization itself. These issues speak to both the generational and stylistic effects of leadership.

It does not take a third year doctoral candidate to research the traits that make Fortune 500 CEO’s stand apart from other leaders. It is all too well known that most CEO’s read voraciously, have a background in finance, have years of experience on non-executive boards, and most work within one company for an average of 16 years before being promoted to an executive position. Most CEOs move from the operations side of the company to the executive side. Interestingly, the vast majority do not participate in social media. I haven’t heard ANY speakers focus on these significant traits!

Leaders focusing on relationships will find themselves inadvertently polarizing someone else. At some point Dunbar’s theory of cognitive relationships will kick in. There is only a limited number of people we can personally influence at any given moment in time. In the words of Alan Goldman, author of Transforming Toxic Leaders, “Aggressive, bold, top-down leadership directly associated with the male animal may be under attack but it is still quite effective…. [E]xecutives are also keenly aware that 21st century business life screams out for hard core, tough minded leaders.”

I have made many personal observations recently as I review schools across the globe. I can unequivocally say that the largest and most successful schools that have undergone accreditation in the last few years operate under the leadership of a strong, decisive, instinctive leader, under the clear guidance of a powerful, mission-driven governing board. NO EXCEPTION! To further underscore the significance, the head of each of these organizations have been in leadership for over 20 years in each of their positions.

In academia, we want to link effective leadership to assessments. We have been convinced that what we want is an ENTJ, High D and C, choleric, with high IQ and EQ. But, like the children helping with school rules, workers respond to strong, decisive leadership that makes no distinction between workers, despite personal relationships. Simply stated, an effective leader learns to make decisions, both positive and negative, and successfully executes the details of that decision, or successfully survives the fallout. Any leader who cannot operate at this basic level will not lead long.