Politicizing the Achievement Gap: The Blind Lead the Blind

Education has long been revered as a panacea of sorts. Somehow if our children could just learn all the right things, or the proper amount of information, or meet achievement goals, then we just might eradicate all the ills of society. This seems plausible since most of the ills of society are linked to lower education and poverty. 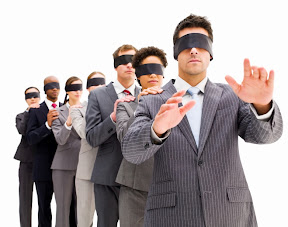 Research is replete with evidence that children raised in poverty are more likely to engage in high-risk behaviors such as smoking, over-eating, drug use, crime, and pre-marital sex.1

So what exactly is the achievement gap? The gap twenty years ago was considered primarily one of race. However, in recent years, it has become more evident that the gap is really about affluent families and poor families.2 Educators call quality early learning one of the biggest factors in narrowing the achievement gap. Apparently, if we spend more money in early education, the achievement gap will close.

The fact is, preschool funding has significantly increased at the state level over the last decade allowing for more children than ever to attend quality preschools. Ten years ago only 14% of 4-year-olds attended a preschool compared to 29% in 2012 now representing over 1 million 4-year-old children across the nation. And despite the sheer numbers of American poor now receiving quality early education the achievement gap continues to widen.

In an effort to save the world and attempt to close the gap, President Obama has promoted an initiative with Secretary of Education Arne Duncan to pump $75 Billion into early childhood education over 10 years in order to eradicate the effects of poverty. Yet, just months after President Obama called universal preschool for all children one of his second term priorities, the latest spending report indicates states decreased preschool funding by over half a billion dollars last year. So where will the $75 Billion come from? Cigarette taxes.6

I don’t smoke, so this seems completely fair to me. Let’s face it, after paying for healthcare for the poor, taxing me again for preschool for the poor just might send me over the edge. But here is the irony: “Tobacco and poverty create a vicious cycle: low income people smoke more, suffer more, spend more, and die more from tobacco use.” 3

So, here is the plan in a nutshell.

Maybe this is oversimplified, but it appears that if politicians just outlawed cigarettes, the whole country will have gotten just a little bit smarter AND inched a small step toward eliminating poverty in the long run!