Raising teens is proving to be a challenge. I am starting to realize that many, if not most, of teen “flaws” are tied to their inaccurate and unrealistic perception of the world around them. Statistics on teen suicide, increased crime, rebellion, depression, and angst are tied more to their twisted interpretation of life than to any other measurable influence. We’ve all been there.

From early in life, children imagine a world that is perfect, where Ken and Barbie have the perfect face, the perfect smile, the perfect house, and the perfect relationship, or GI Joe has the perfect move, or the perfect weapon to make the world right. These fantasies linger into late adolescents and early adulthood where young ladies still fantasize about the perfect man who can read her every thought, and magically watches over her while she sleeps. Young men gaze out the classroom window of Algebra 2, daydreaming that they are really an undercover secret government agent sent to right the wrongs of high school bullying to the gazing eyes of the cheerleader to whom he never had the guts to even say, “Hello! 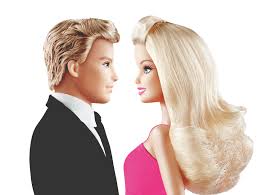 Two of my children are in the throes of teen-hood. I am learning to understand the teen language. I am not referring to the spoken vernacular, but the deep mood swings, the fickle frame of mind, the perception that nothing is fair, the misinterpretation of current issues, and the gullible belief in the same ridiculous urban legends that even I believed thirty years ago. It’s a quagmire of foolishness and it approaches psychotic.

At this point t seems to me 99.99% of the issue revolves around relationships. From teammates, to classmates, to teachers, to parents, my teenagers struggle to put all of the facts, the myths, and the emotions into some systematic and understandable framework in their minds. Failure to accomplish this task will leave teens with a horribly flawed perception of the real world that they will not only take into adulthood, but will also define their personally perceived reality for the remainder of their living days.

Recently I listened to my children anguishing through issues in their lives. As I asked questions about various things I realized that neither of them knew the facts about their individual circumstances. When i suggested talking to the other party to discover the truth, they became gripped by fear. You remember the fear–the fear of “putting it out there”–the fear of unrequited love, the fear of hard-to-accept facts, the fear of rejection, the fear of the unknown, or the fear of pain.  Instead teens are content relying solely on their own perception of what they HOPE is truth. In time, their flawed perception becomes their new reality. We all have some area of our lives that we just could not negotiate into our logic, leaving a dark whole where false realities and shattered hopes still reside.

Sundown last Wednesday marked the beginning of Rosh Hashanna, God’s New Year as declared in the Bible (Lev. 23). One tradition Jews observe is called tashlich, or “casting off,” where we walk to a lake or river and cast off everything in our pockets as symbolic of casting off sins. (Make sure you leave your car keys in the car!).

The Christian scriptures admonish us to cast down vain imaginations, and anything that becomes more important than God (2 Cor. 10:5). It’s never easy; but it is a command. Simply stated, God wants his children to live in total truth, seeking truth and accepting truth. We are to reject the psychosis of preferring the fantasy of what we hope to be true and to accept the reality, submitting willfully to God’s sovereignty to order our steps according to His divine plan.

During these Days of Awe may we cast off our vain imaginations and abandon ourselves to God’s providence. He created the universe and set it in order. He can certainly create of my life something more honorable than I have made it on my own. May He take our personal worlds, our minds, lives and families and set them into order for His pleasure.